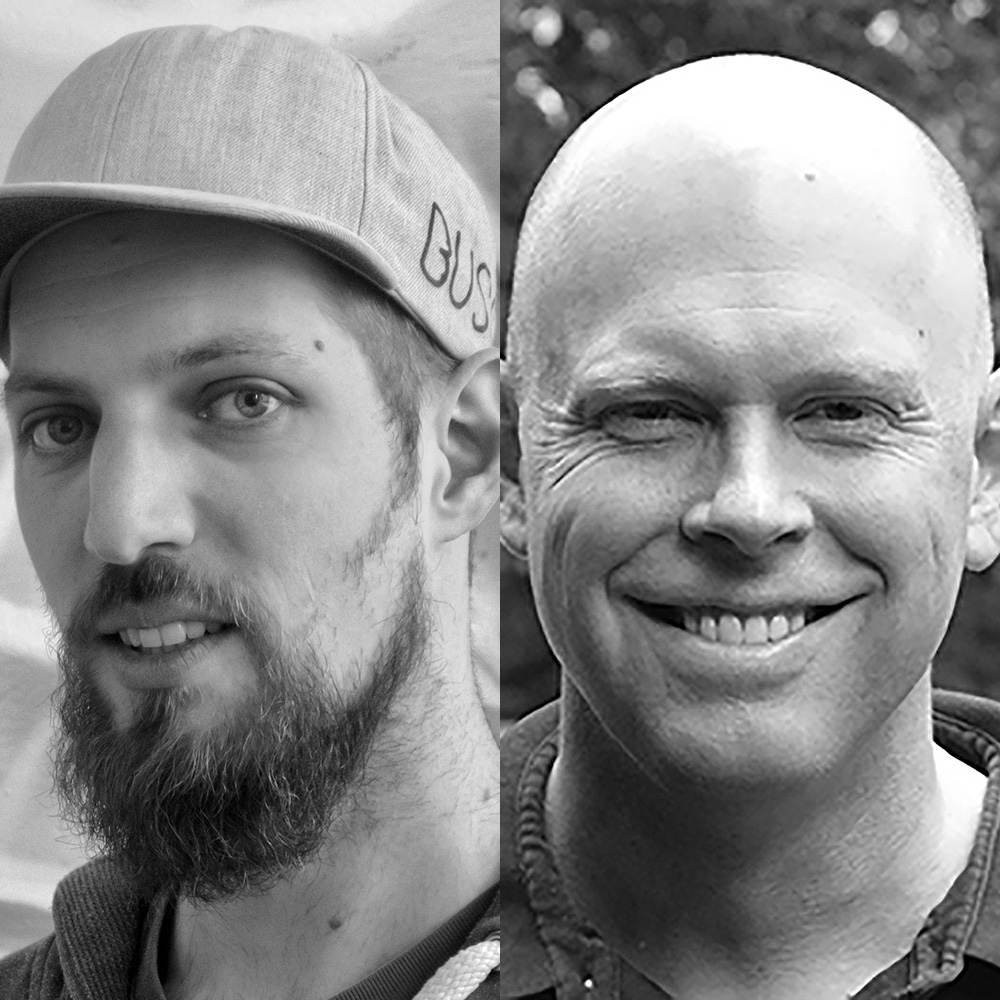 Ben (AT) is a multimedia artist and game developer with emphasis on 3D Art and VR experiences. They finished their Master of Arts in time based media at the University of Art and Design Linz with distinction in 2019 after finishing a more technical Bachelor of Science in media technology and design at the University of Applied Sciences Hagenberg. Ben is doing illustration and graphic design for 19 years and has been expanding their horizon into the game development and 3D art field since 2015. They worked on games like Path Out, The Furniture of Self, Glasfaeden, DysPlace as well as received awards and nominations for their games, art and movie works like Walk of Wäste or Actors Appointment.

After finishing his B.F.A. at Savannah College of Art and Design, Brian (US/AT) moved to Vienna – where he has been working as an illustrator, animator, and game artist for the burgeoning local indie-game scene. In the intervening years he has contributed to several high profile projects including Apple Design Award winning Old Man’s Journey, the Language Magician, and his own self-published app: Lil’ Red – An Interactive Story. Flexible & audience focused, Brian is able to craft his visuals on a project by project basis. Brian also is an instructor at Illuskills – Austria’s illustration academy.