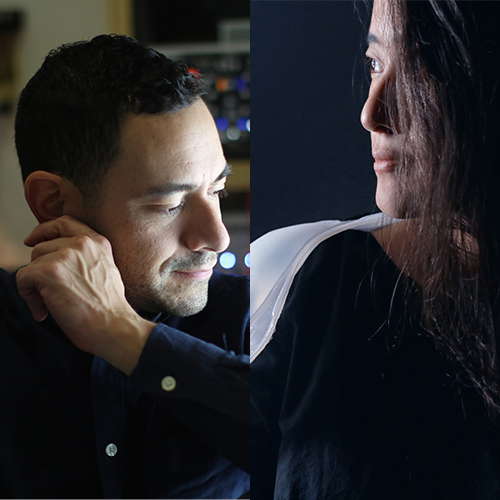 Juan Manuel Escalante (US) is a designer and an artist working with computer code, modular synthesizers, and analog drawings. His work has been shown in the United States, France, the United Kingdom, Spain, Peru, South Korea, Mexico and featured in major festivals and exhibitions, such as OFFF, Mutek, Currents New Media, Binario, Ceremonia, amongst others. He was a member of the National System of Art Creators (National Endowment for the Arts, MX) and received the Corwin Award (1st prize) for Electronic-Acoustic Composition) in 2016. He has taught creative programming at the University of California Santa Barbara (UCSB) and at various higher education institutions in Mexico, including the graduate program in Architecture (UNAM), where he founded and directed its Media Lab for eight years. He holds a Ph.D. in Media Arts & Technology (UCSB) and is currently an Assistant Professor at the Department of Visual Arts at the California State University, Fullerton.

Yin Yu (US) is interested in exploring the potential of interactive multimedia environments and the relationship between architecture and sound through emerging technologies in art and architecture practice. Her works ranged from art installation, interactive multimedia, product design, furniture design, and interior architecture design. She also specialized in interdisciplinary pedagogy and curriculum design at the college level in interdisciplinary education. Yin has won several awards, including Oregon BEST Red List Design Challenge, Academic Excellence Design & Paper, and is the recipient of Lyman & Judith Johnson Interior Architecture Award, Nascence & UO Hong Kong Alumni Scholarship, and an Olivia Long Fellowship. Currently, she is a Ph.D. student in Media Arts and Technology at the University of California, Santa Barbara. She has a Bachelor of Science in Electronic Engineering, a Master of Science in Information Technology, and a Master of Science in Interior Architecture.