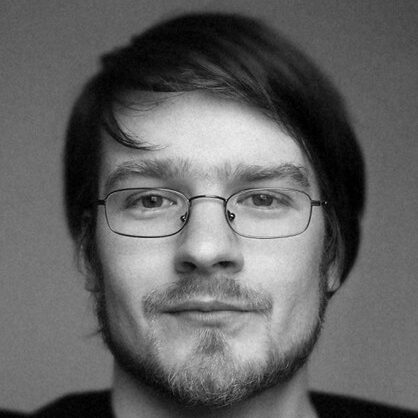 Robert Seidel (*1977, DE) began his studies in biology before transferring to the Bauhaus University Weimar to complete his degree in media design. His projections, installations and experimental films have been shown in numerous international festivals, as well as at galleries and museums such as the Royal Museum of Fine Arts Antwerp, ZKM Karlsruhe, LACMA Los Angeles, Art Center Nabi Seoul, Museum of Image and Sound São Paulo and MOCA Taipei. His works have been honoured with various prizes, including the KunstFilmBiennale Cologne Honorary Award and Prize for Best Experimental Film at the Ottawa International Animation Festival. Seidel lives and works in Berlin and Jena as artist, filmmaker and curator.