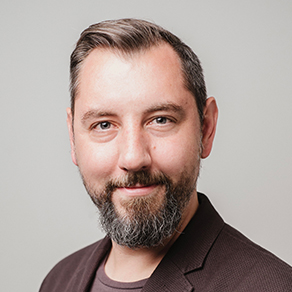 Prof. Stephan Schwingeler (DE) teaches game design at the Media Akademie – Hochschule Stuttgart. He is one of the world’s foremost authorities in the field of game studies. His first book entitled “Die Raummaschine” analyses space and perspective in computer games. His second book, “Kunstwerk Computerspiel,” investigates strategies in game art. He heads the GameLab at Karlsruhe University of Arts and Design and has been a consultant to the Next Level Festival and a member of its advisory council. As curator, Schwingeler has been responsible for “ZKM_Gameplay” at ZKM | Center for Art and Media and numerous international exhibitions—for example, “Global Games,” an investigation of games as political media, and “New Gameplay,” a show at the Nam June Paik Art Center in South Korea about the computer game as an art form. Together with the Goethe Institute, he curated the “Games and Politics” exhibition that traveled to 40 countries worldwide. He curated the GameZone at the International Festival of Animated Film in Stuttgart and is currently preparing an exhibition at Ludwigforum in Aachen.