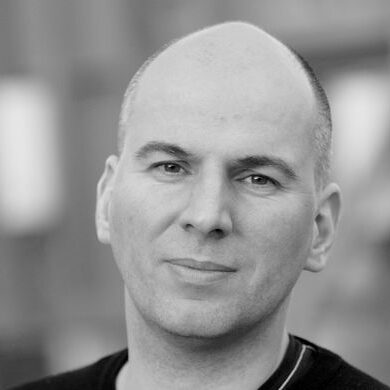 Ulrich Wegenast (DE), born 1966 in Stuttgart. Master in History and History of Art at Stuttgart University (MA), postgraduate studies in Culture and Media Management (Arts Administration) at Hanns Eisler School of Music, Berlin. Since 2012 honorary professor at the School of Film & Television „Konrad Wolf“ Potsdam-Babelsberg. 1987: founding member of Wand 5 and Stuttgart Filmwinter – Festival for Expanded Media – a festival for experimental film and media art. In 2001 development of the conference „media-space“. He was member of the Wand 5-board until 2006. From 1993-2005 programme curator for the Stuttgart International Festival of Animated Film. In 2005 he became the artistic director of the Stuttgart Festival of Animated Film. In 2002 he developed the experimental film section for the Munich Filmfest. Curatorial work and jury work for the Goethe Institute and various other institutions and festivals around the world. From 2003 to 2004 he has worked as a consultant for the Frankfurt Schirn Kunsthalle and 2005 for the documenta jubilee exhibition. 2005-2013 member of the advisory board of the Goethe Institute (Film, TV, Radio), 2007-2013 member of the jury of the German Short Film Award. From 2004-2011 he was teaching Film/Media Art, Media Theory and Alternative Distribution at the Karlsruhe School of Design, Stuttgart State Art Academy and Merz Akademie in Stuttgart. Since 2005 he’s head of the media department of the Baden-Wuerttemberg Free Art Academy. He has published a 6-part DVD edition on German animated film in cooperation with Absolut Medien, Berlin, and Goethe Institut, Munich which has received the Willi Haas Award for best DVD-edition on German speaking film in 2012.